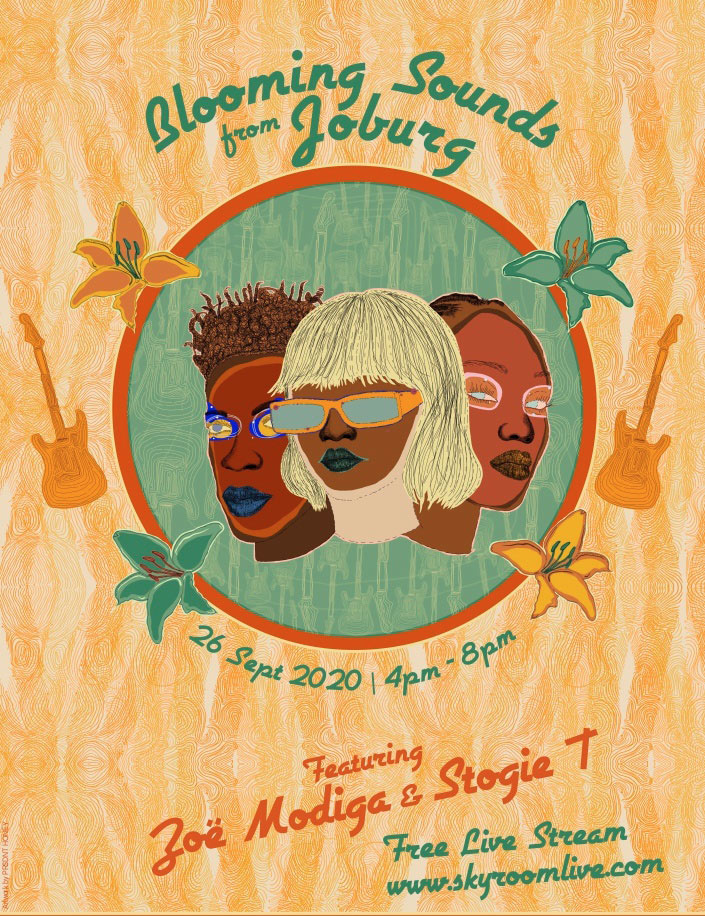 Blooming Sounds from Joburg is in partnership with TOTAL and the French Institute of South Africa with associate radio partner Kayafm. Produced by Bassline with stream partners SAKIFO from Reunion Island & Skyroom Live on

BLOOMING SOUNDS FROM JOBURG is a free to view, live concert stream, filmed from the iconic Constitution Hill in Johannesburg, on Saturday 26th September 2020, the stream aims at creating work in the music industry, giving exposure to new music talents and an opportunity to perform alongside artists rapper-supreme StogieT & singer-songwriter Zoë Modiga 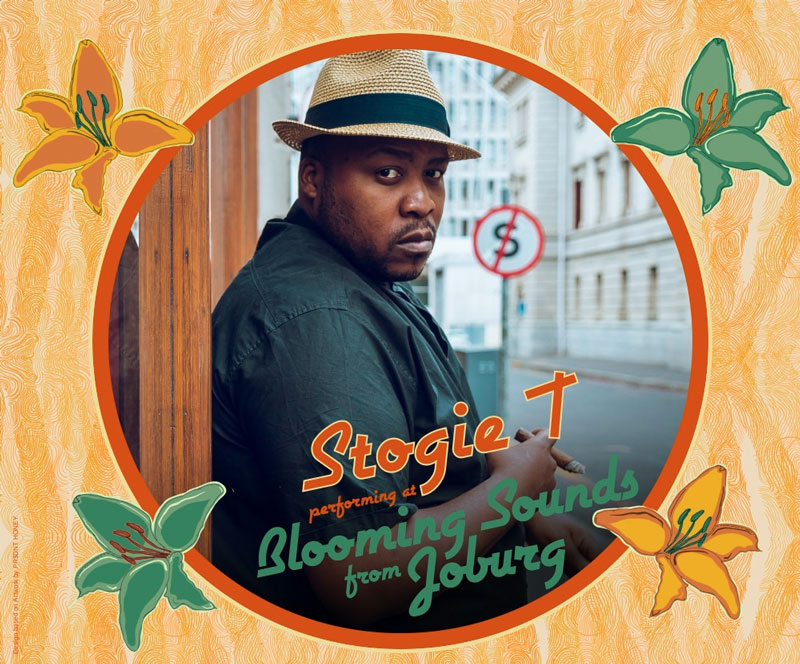 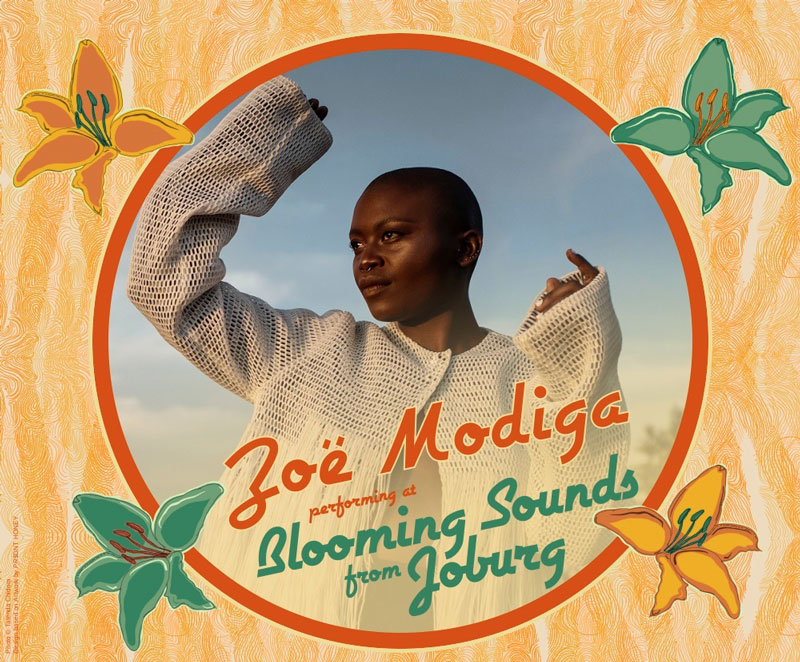 In African hip hop terms Stogie T is a legend and bonifide O.G. With recording credits raging from Styles P, Immortal Technique, Saul Williams, battles on KOTD and tours across all five continents his global status is not one to be taken lightly. His vast experience in the culture has seen him win lyricist of the year twice at the South African hip hop awards and a monumental Sway In The Morning freestyle in 2018 that cemented his position as one of the best proponents of lyricism in the game. He released his most recent work on April 2oth 2020, called The Empire of Sheep. The Empire of Sheep tells the story of Stogie T’s family. Before the project was released, Stogie T shared: “The Empire of Sheep EP is an apogee of countless hours of conversation between Stogie T, his mother, an ex guerrilla fighter with Mkhonto WeSizwe, and many men and women that participated in the armed struggle against the fascist apartheid regime of South Africa.”

Besides this album he has a huge hit track called DUNNO with Nasty-C rated #1 Hip-hop track this year. Listen here

The concert will be broadcast live (free-to-view) on skyroomlive.com & on Partner Facebook pages (see links below) as well as, part-aired on Kayafm radio station Elite Nites afterwards to further expose the artist’s talent. 6 bands have been chosen out of first 50 applications received, which were judged by a jury of 6 adjudicators chosen from the music industry, event partners and the established artists. Witney.: Witney. ZA, who hails from Joburg’s East Rand neighbourhood, is an independent vocalist, songwriter, model, actress, aspiring producer and DJ whose powerful lyrics are carried by her eclectic voice and soul-inspired sound. Last year, she released the single titled ‘Open Your Eyes’ with ‘Move For Me’ producer Jillz, published by Universal Music South Africa, that made its radio debut on 5FM as one of the latest local heat seekers. One of her latest releases also includes ‘Dipped Strawberries’, featuring fellow East Rand rapper Thomas Hazey, for which she was nominated for City Awards: 011 Awards ‘Hustler of the Year’. 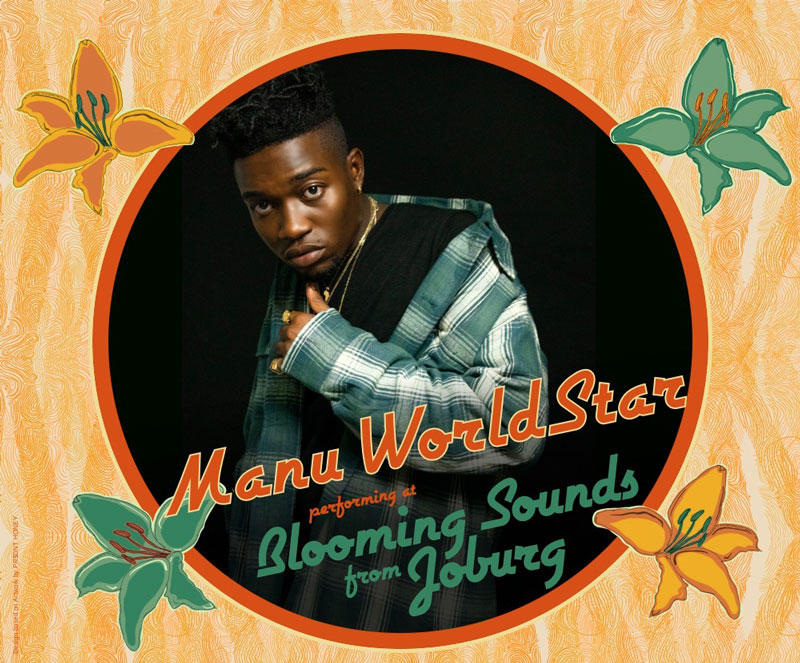 Manu WorldStar: Manu WorldStar, a South African artist of Congolese descent, has had an incredible rise to fame since the release of his smash hit single, NALINGI. He has been lauded as the breakout artist as well as ‘a must watch’ African act. His debut album, MOLIMO, was just released on 4 September, with lead single, CHOKO, already garnering over 250 000 streams across various digital stores, and being added to the Africa Now playlist on Apple Music. 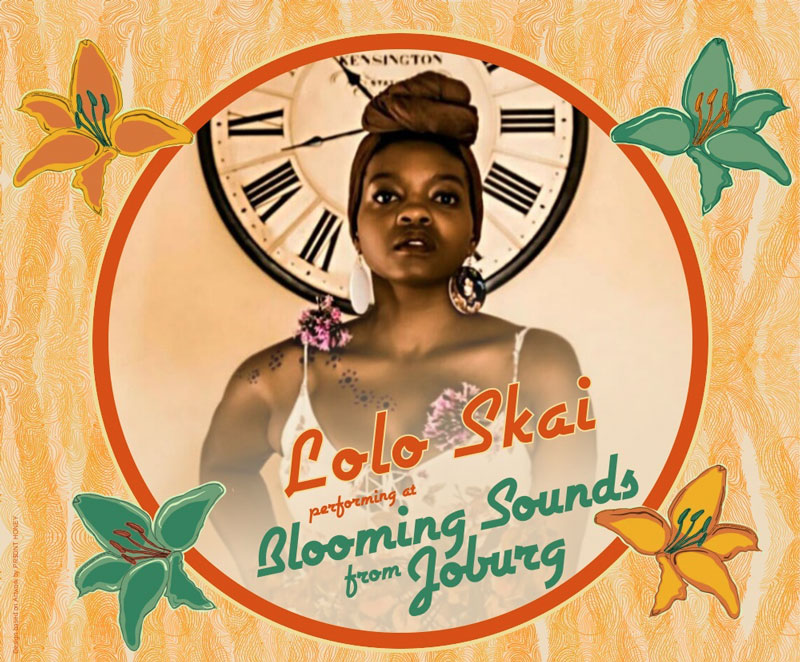 Lolo Skai: Born and raised in Norton, Zimbabwe, Lolo Skai discovered her love for neo soul, afro pop music and poetry at an early age. She performed her way through her primary and secondary education grabbing all opportunities to entertain and recite poetry. She received an honours award for the best female vocalist under thirty at the National Eisteddfod competition and has been performing ever since. She has recently released her debut single, “Angidingi”. LaliBoi: LaliBoi – also known as Siphosenkosi Nkodlwane, is a South African lyricist, guitarist and trumpeter who fused his rural Xhosa roots with what he calls “streetwise township flavour”, that you can hear in his exciting debut album “Siyangaphi”. He is a multi-talented vocalist and multi-instrumentalist, who collaborated with renowned producer Spoek Mathambo, to create a unique and vital blend of Hip-Hop, jazz and traditional South African tribal music. 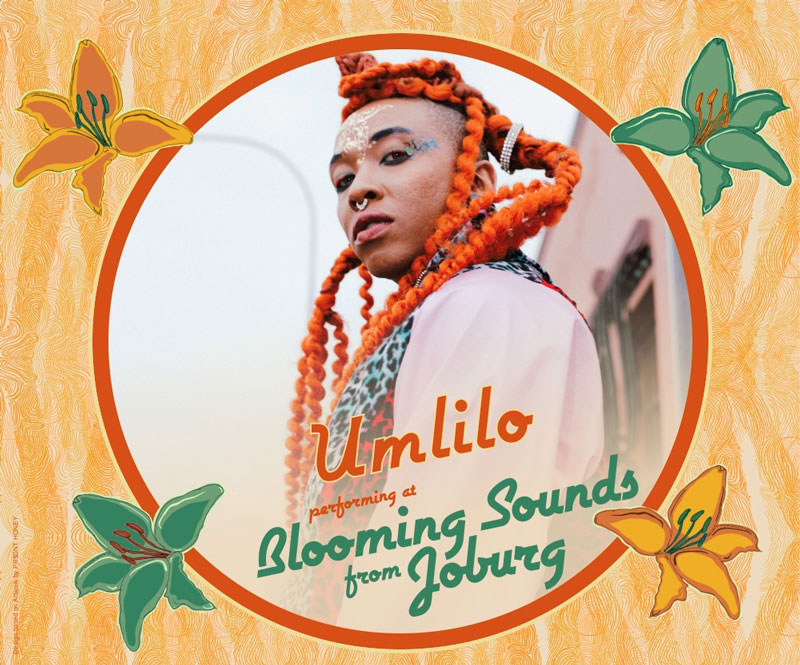 Umlilo: Umlilo is a popular genre and gender -bending musician renowned for their avant-garde sound and aesthetic performances that combine technology, dance, film, and fashion design. The queer performer and musician, whose full stage name is “Intergalactic shape-shifting kwaai diva Umlilo”, has a sound rooted in contemporary South African dance music. They have performed around the world to critical acclaim for their boundary-pushing music that incorporates genres including electronic kwaito, punk, alt-pop, gqom, house and hip hop. Moonga K: MOONGA K, a Zambian artist raised in Botswana, encompasses a myriad of sounds including R&B, soul, electronic and alternative in his music. He birthed his own take on Alternative Soul, taking an introspective deep dive into topics such as love in all its forms, depression, anxiety and social-justice issues. His debut album, “Wild Solace”, was hailed for its abilities to marry the smooth musings of indie rock rhythms to soulful piano drama. Moonga has already performed at various festivals in South Africa, including Rocking the Daisies, OppiKoppi, and Splashy Fen Festival, and recently released his second EP, “an ode to growth”.