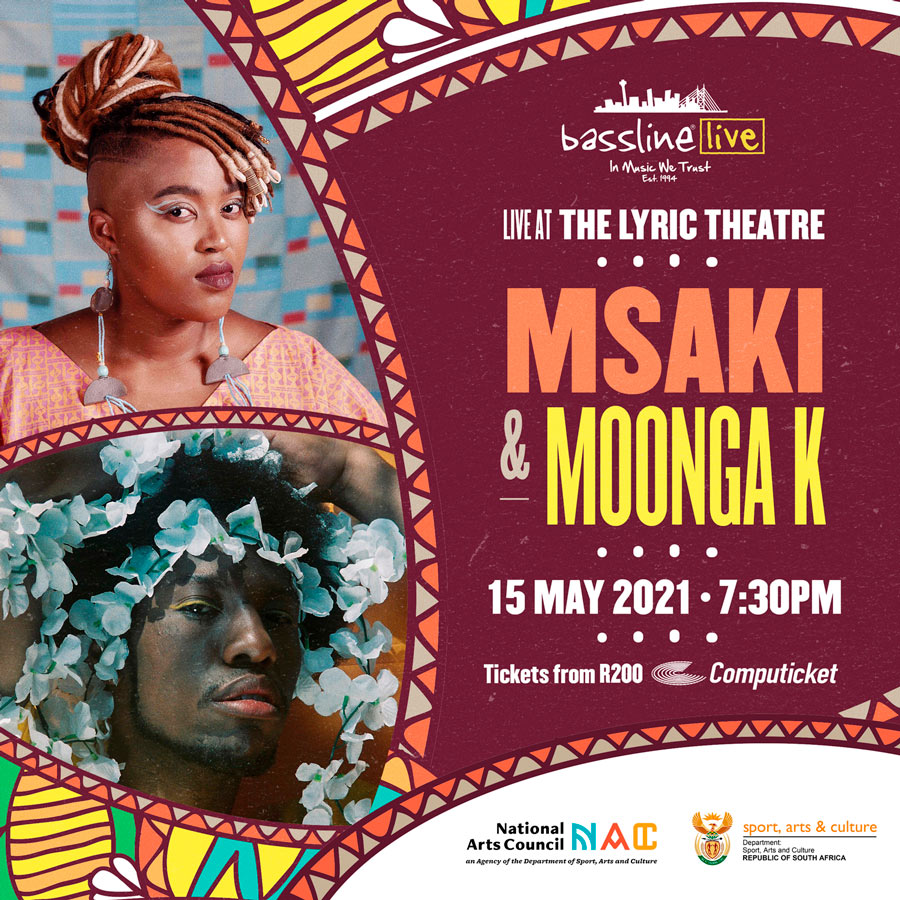 Msaki and Moonga K.: The song catcher and an artist from the future

Come fetch your life and step into the future with Msaki and Moonga K. who will each deliver what will be an electric set for the second edition of Bassline Live at The Lyric Theatre.

A catcher – and not writer – of songs

Asanda Lusaseni Mvana better known by her stage Msaki is said to catch songs – not write them. The East London-born musician, composer, producer, and curator has carved a lane all of her own making. She’s a versatile all-rounder who has even dabbled in house music collaborating with Kaybee to make ‘Fetch your life’ which was nominated for SAMA record of the year and best music video of the year in 2019.

An artist from the future

Moonga K. describes himself as “an artist and activist from the future sent here to disrupt the status quo.” The Zambian-born, Botswana-raised, and Johannesburg-based artist’s music encompasses a myriad of sounds including R&B, soul, electronic and alternative in his music. He has over the years birthed his own take on alternative soul, taking an introspective deep dive into topics such as love in all its forms, depression, anxiety, and social-justice issues.