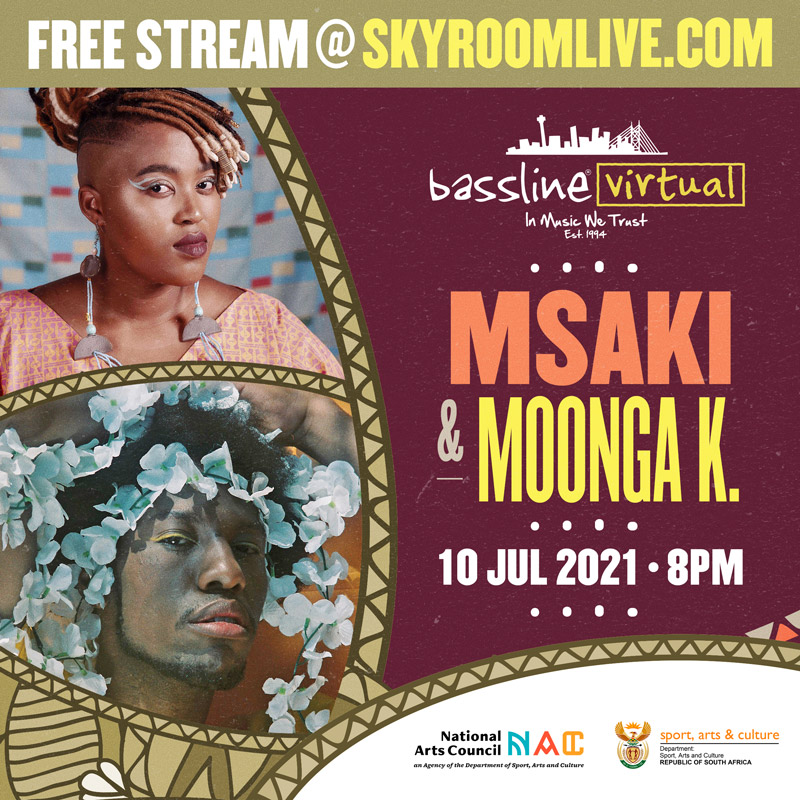 Msaki and Moonga K. moved and excited their audience

Msaki’s transfixing performance had some members of the audience in tears while Moonga K.’s spirited effort had some taking to Twitter to compare him to the legendary Prince. Their Bassline Live at The Lyric Theatre brilliance will be on display, Saturday 10 July from 20:00, when they take over Bassline’s Facebook page and www.skyroomlive.com for the second edition of #BasslineVirtual.

I get to sing over people’s hearts

Together with her band, who were with her on stage for the first time in a while, Msaki delivered an emotionally charged performance that had some members of the audience in tears. She even received a big, red bouquet of red roses from a fan! She mentioned that she was happy to have the privilege to do this work, and loves the fact that she gets to sing over people’s hearts.

Moonga K. is glad to have been part of The Bassline Live at The Lyric Theatre experience because it afforded him the opportunity to perform for actual human beings after doing a number of virtual performances during lockdown. He added that “getting to do it with my phenomenal band was euphoric. We had the time of our lives on stage, connecting and laughing with folks, and giving our all to the music. I had missed doing that.”